Both long-term residents and newcomers are connected to the heritage of both our city and country in one form or another. Celebrating our history and connecting with tangible touchstones from the past enables us to see how we belong to a thriving community and that we are all a part of Airdrie’s collective story.

The naming of Airdrie

Airdrie was named after the town of Airdrie, Scotland. The true origin and the meaning of the word "Airdrie" is a source of great debate among the Scots. Some suggest the name comes from a Gaelic term Ard Ruith meaning a level height, high slope or high pasture land. Others say it comes from Aeddam, King of Kintyre, and Rydderych the Bountiful, King of Strathclyde. Still others say it comes from Aird Righ, Gaelic for High King. Despite the debate, it is certain the name is ancient and is one of countless examples of Scottish place names found in southern Alberta.

The person responsible for naming Airdrie, Alberta, and the date it was named is also up for discussion. Naming dates range from 1889 to 1893. Some say that Sir William Mackenzie named Airdrie, Alberta in honour of his Scottish roots, while others suggest one of the many Scottish railway workers named the stopping point. 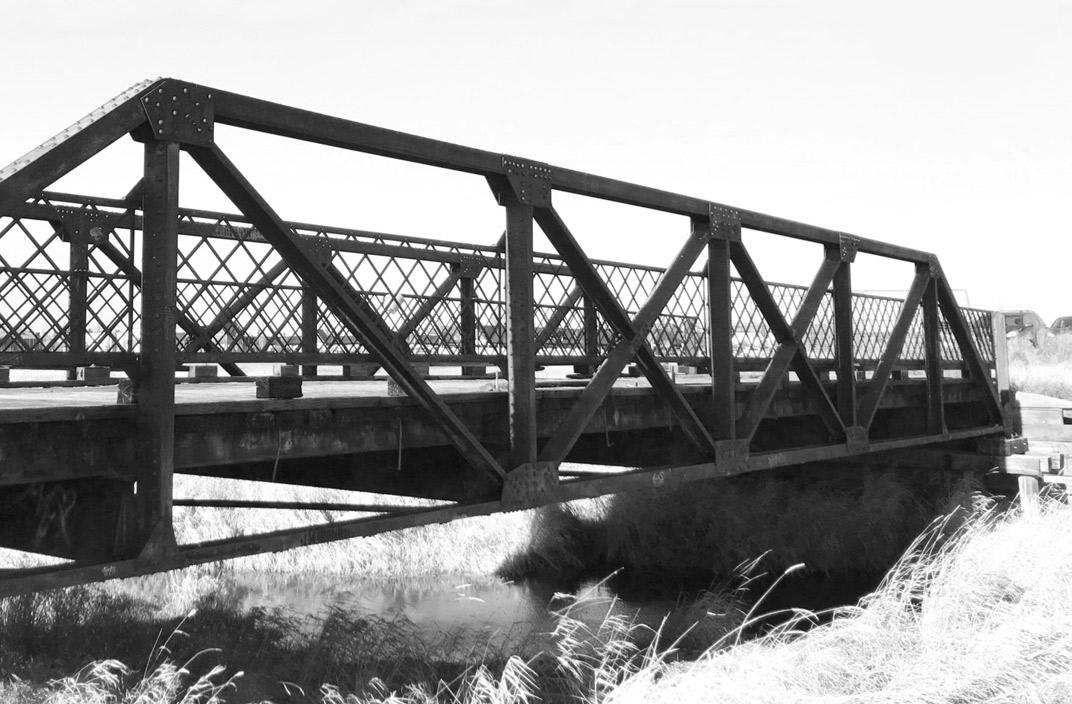 1928 Nose Creek Bridge to the Elevators

You may have noticed this historic resource nestled between 1st Ave NW and Railway Ave SW. The area surrounding the Nose Creek Bridge was originally intended to be Airdrie’s downtown core as “all roads lead to the station”. Today’s Main Street is, in fact, a secondary location.

In 1928, the Nose Creek Bridge provided a new route to the grain elevators that once stood at the station grounds directly southeast of the bridge's location. The bridge continued to link the south and north sidings until 1983, when it was closed to vehicular traffic.

The bridge has gone by many different names throughout the years and has been known as the Pony Truss Bridge, Edwards Way Bridge, Elevators Bridge and the Beer Bridge.

The Nose Creek Bridge symbolizes Airdrie’s agricultural origin. By the late 1980s the reservoir had been filled in, the elevators closed and the road west from the south siding was removed. In 2000, the final demolition of the last two Alberta Wheat Pool elevators marked the end of the 20th century landscape around the railway at Airdrie.

In July 2019, City Council passed a bylaw protecting the Bridge as Airdrie’s first Municipal Historic Resource. Today the Nose Creek Bridge is a beautiful footpath connecting Airdrie’s parks and pathways. It is the last remaining structure associated with the railway station grounds and grain elevators in Airdrie. 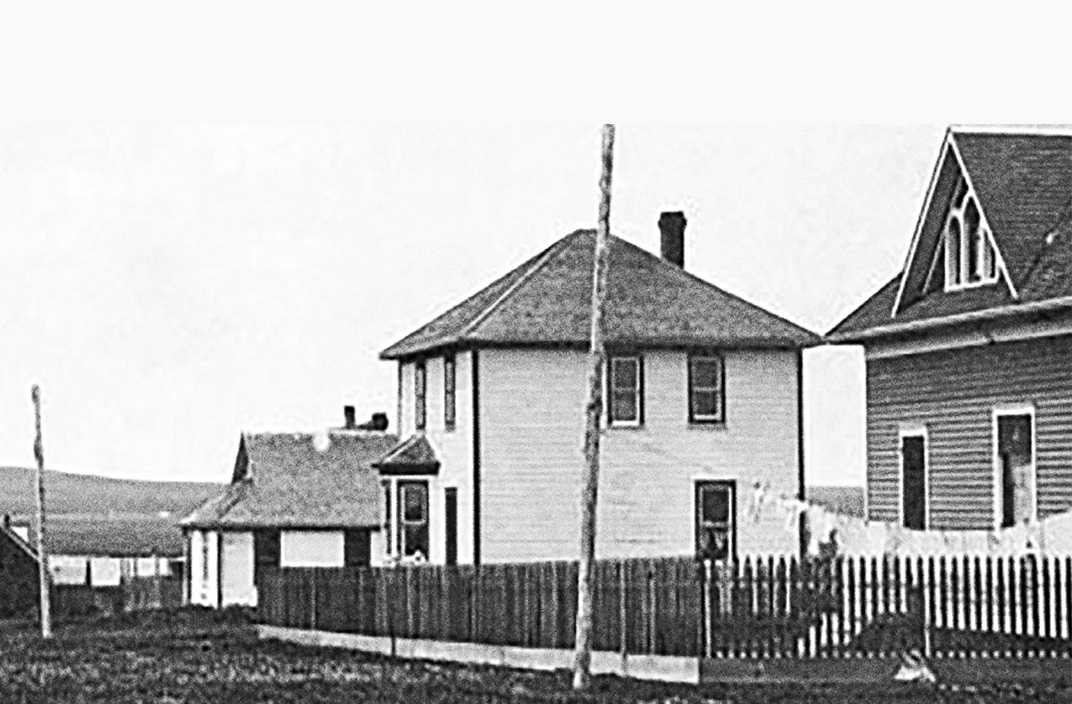 In 1909, Airdrie was incorporated as a village with a population of 250 people. A unique feature of Airdrie is that its elevation makes it the highest city in Canada.

Historically, “all roads lead to the station”, which means that the railway, station and associated buildings typically make up the “core” or “hub” of a railway town. Airdrie was no different as it was C&E Rail’s intention that the Airdrie would surround the station and railway tracks.

By the mid-1890s the Airdrie Station was the centre of town. The CPR water tower was filled by a windmill that pumped water from a reservoir built on the west side of the tracks.
Ultimately, Nose Creek was dammed to a level that provided sufficient water for the reservoir but there was sufficient leakage and the surrounding area was often wet and prone to seasonal flooding. 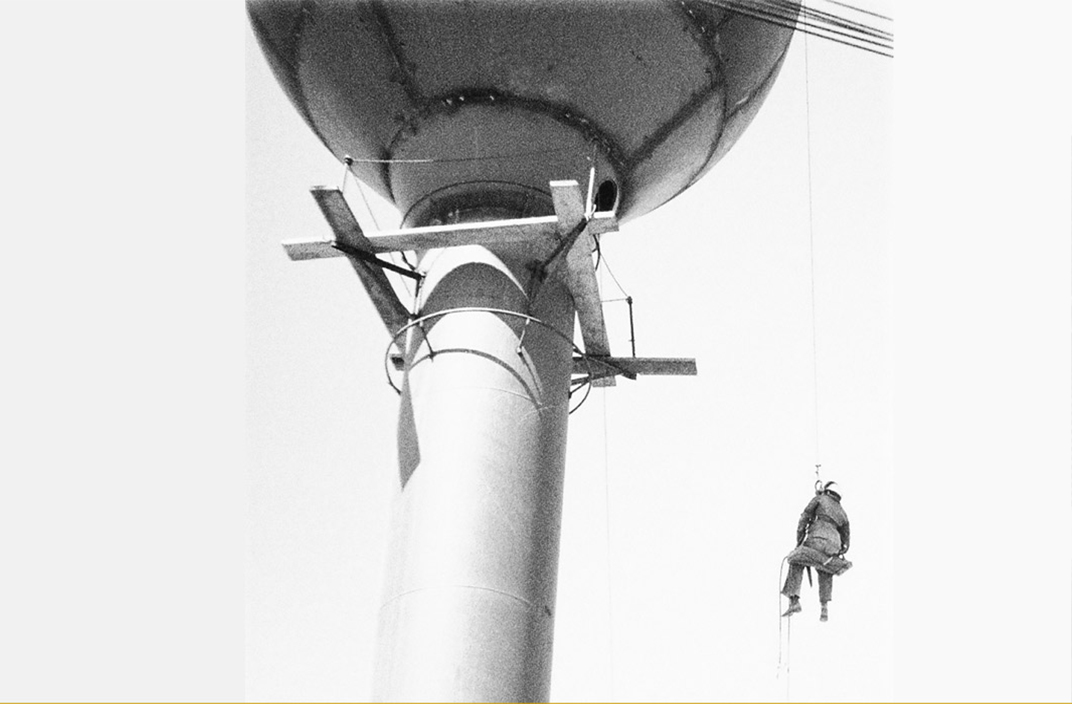 The original use of the water tower was to store water for emergency use. During the summer months, however, the water pressure was low and almost non-existent which was caused by the location of the tower being at an inadequate elevation.

In 1972, the tower became obsolete after a large reservoir was built and by 1977 the tower was no longer in use.

There are many ways to celebrate and learn about our past, including: