The City of Airdrie recognizes that public art contributes to a healthy quality of life for its residents. There are a number of examples of public art within the city that we welcome you to experience and enjoy.

Public art in the community

The Philippine Consulate General in Calgary, the Filipino Airdrie Association, and the Dr. Jose Rizal Monument Project Team worked with the City of Airdrie to enhance public space in Airdrie by installing a monument of Dr. Jose Rizal in Nose Creek Park.

Rizal was a nationalist living in the mid-to-late 1800s who opposed Spanish colonial rule and pushed for democratic rights, freedom, justice and social reforms. He was known for his intellectual prowess and compassion for his countrymen. The Spanish colonial government charged him with inciting rebellion after the Philippine revolution. Rizal was executed on Dec. 30, 1896.

The monument was officially unveiled October 23, 2021. This project is truly a gift to Airdrie as it celebrates the continued efforts of creating a more inclusive and diverse community.

The butterfly symbol of the City of Gwacheon was used for the central flowerbeds, the flag poles and the sitting area that are located on the east side of Nose Creek Park. In 2007, six handcrafted totem poles were donated to the City of Airdrie by Gwacheon, Korea to commemorate 10 years of sharing a sister city relationship.

The Gwacheon Totem Poles have recently been removed from Nose Creek Park and are in the process of being assessed by a structural engineers. Restoration plans are also in the works and more information about the Totems will be added to this website in Winter 2023. 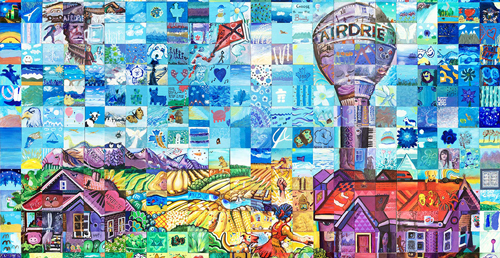 For Canada's sesquicentennial birthday, an initiative from the Mural Mosaic team - creating 150 murals across Canada, landed in Airdrie. Spearheaded by Creative Airdrie during ARTember 2017, 400 Airdrie residents took part in various painting workshops. Each painting told a story, and together, assembled into a large mural grid, magically transforming the paintings into a unified mosaic to represents Airdrie. This community project can be found at the Nose Creek Park concession. View Canada's Mosaic Murals 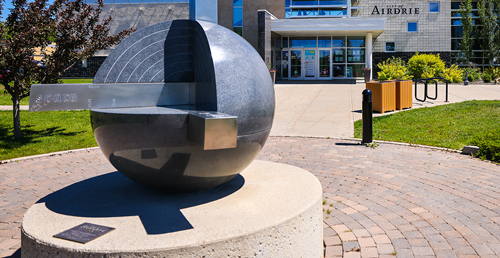 The Centennial Sphere sculpture on Main Street was created by Cochrane artist Honsun Chu to celebrate Airdrie's Centennial in 2009. The Legacy Project is a representation of Airdrie’s growth integrating time, space and people to reveal the history of Airdrie. 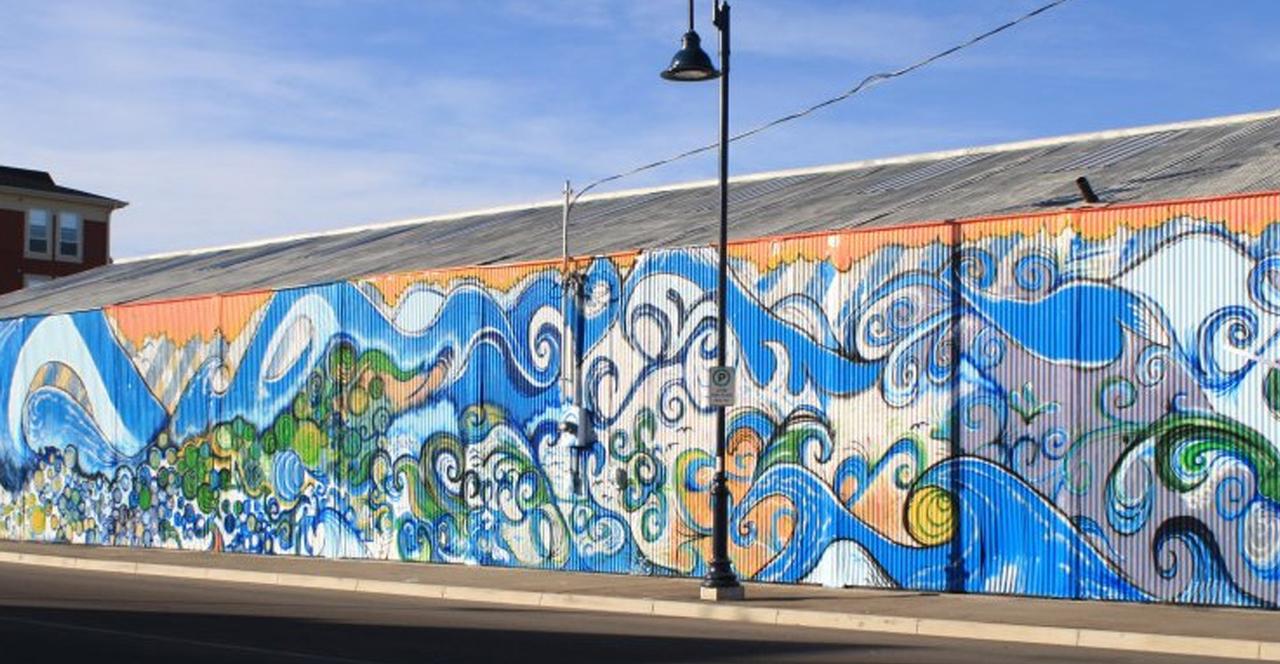 What do you do with a tired old storage shed on a main drag in Airdrie? If you are thinking outside the box like Miller Trucking, you ask Creative Airdrie to find a local artist to turn it into a massive mural. Enter Zack Abbott and Graham Masters who transformed the building at in to a lively, colourful and happy mural of waves and sunshine. 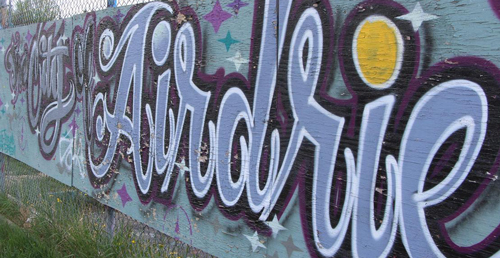 With the goal of encouraging aerosol art to add vibrancy to the City, panels have been dedicated to aerosol art at Highland Park, Nose Creek Park and East Lake Regional Park.

The Street Art Gallery officially opened to the public in 2014 and was informally managed by the City of Airdrie and Creative Airdrie. Although the gallery was intended to be a temporary space for street artists, the space operated for years with great success. The site was also host to several ARTember workshops where ethical and safe street art was promoted and practiced by the community.

Airdrie has a vibrant and active arts community. For information on some of Airdrie's community-based arts and culture groups visit:

If you are a local art group and would like to share your group on this page, please Send us a message.

If you have an event you would like to advertise, please add it to the Community Events Calendar.

Art and culture inside local facilities

There are several venues in Airdrie where art and culture are celebrated everyday.