Airdrie has experienced one of the highest growth rates in Canada. We're one of the fastest-growing cities in Alberta. 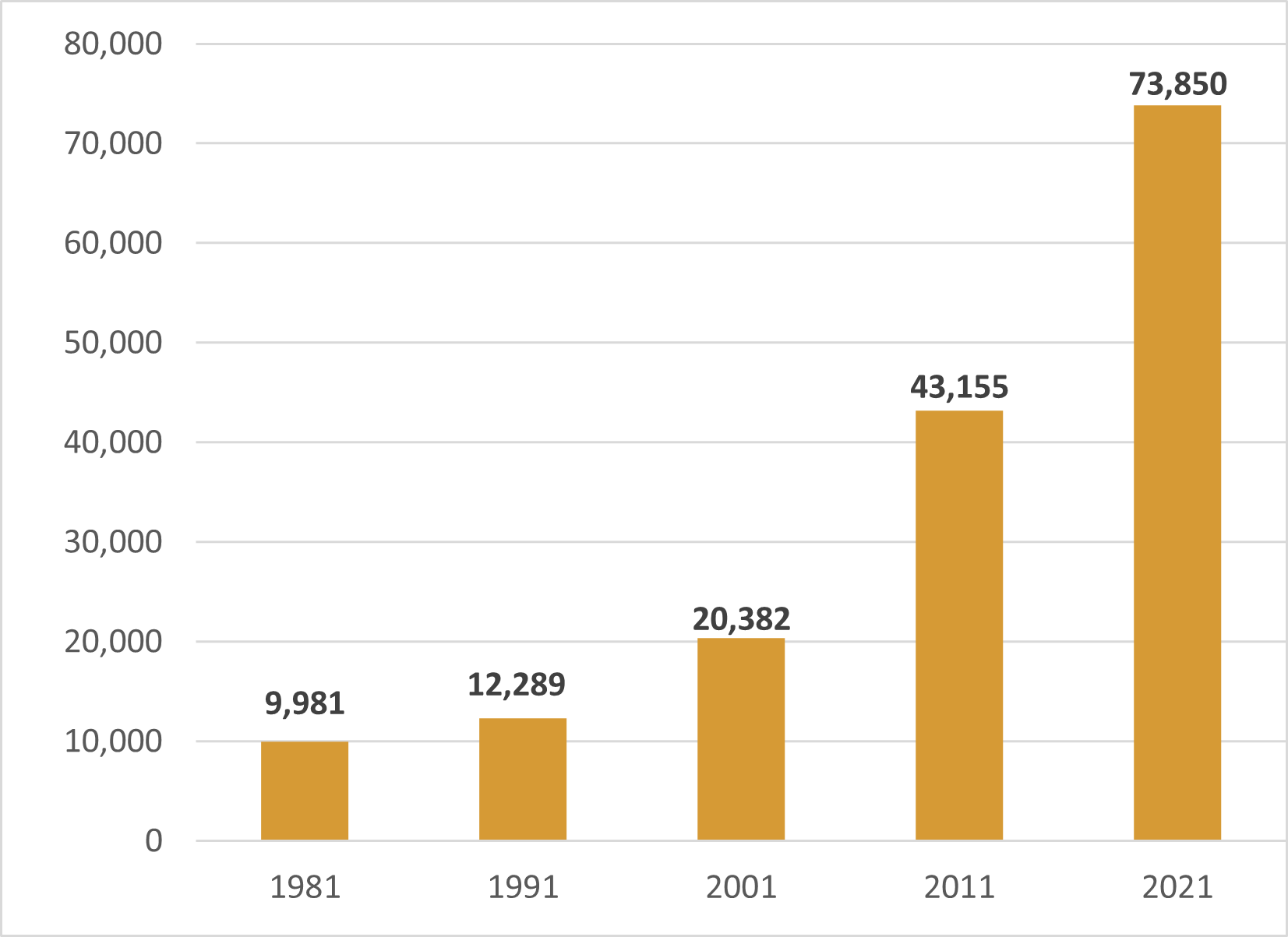 Current growth projections predict the city to grow at a constant rate over the next 25 years, to a projected population of 110,000 by 2032.

A: Actual | B: Budget | E: Estimate at time of forecast preparation | F: Forecast

Note: City administration creates population forecast biannually in April and September each year. This forecast is a simplified representation of the April 2022 forecast and it has since been adjusted.