Airdrie has produced many elite athletes competing in national and international sporting events who are leading the way in athletic excellence. The Airdrie Elite Athlete Recognition Policy (PDF) recognizes athletes that have achieved exceptional status in their sport. The nominated individual must meet the following criteria:

The athlete’s accomplishments will be proudly displayed at Genesis Place and will be recognized publicly.

To submit a nomination, please with the following:

The Community Development team will review and compile all nominations. Additional follow-up may be required.

Thank you in advance for your nomination! 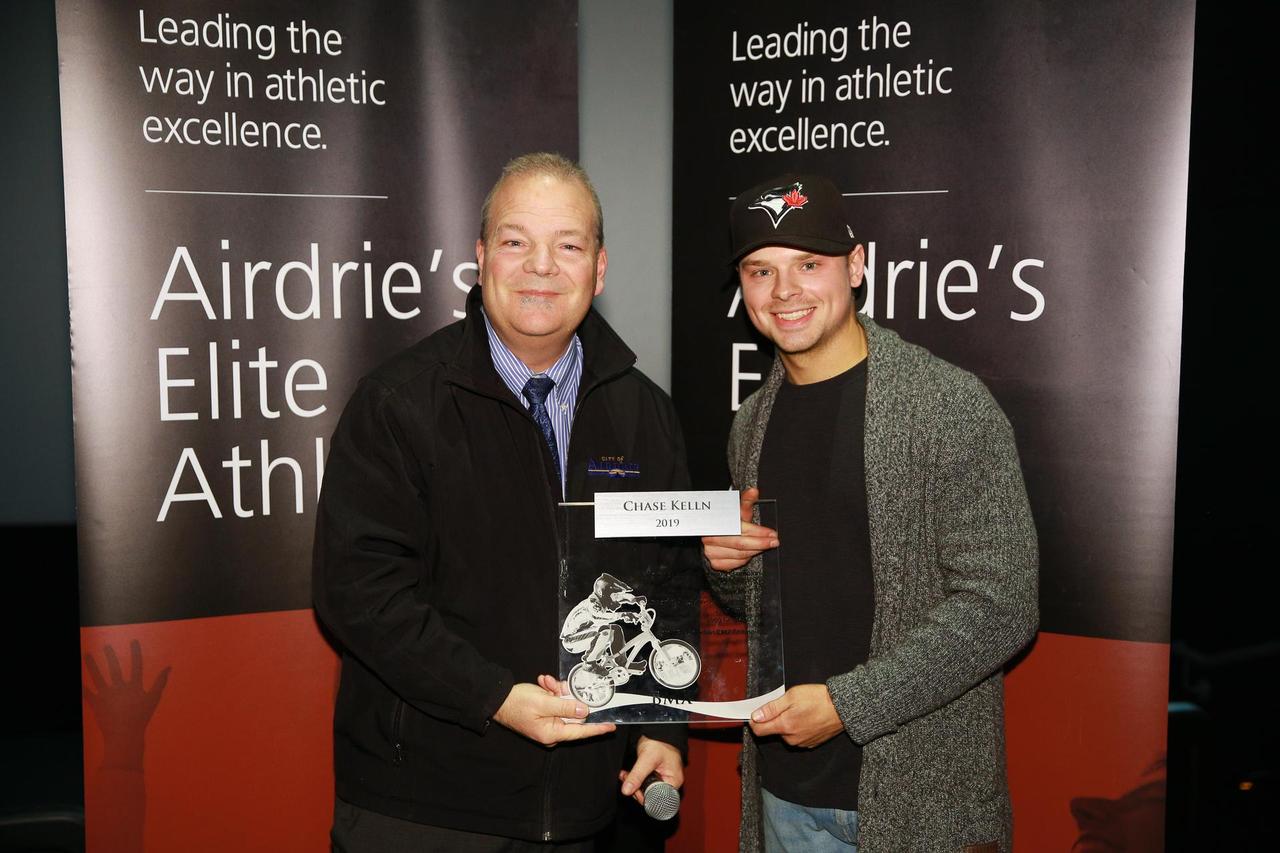 One of the recipients of Airdrie’s 2019 Elite Athlete award. Chase has made exceptional achievements in the BMX world. Chase Kelln was on Team Alberta from 2009 to 2013 and was a five-time Canadian National Champion from 2009 to 2013. 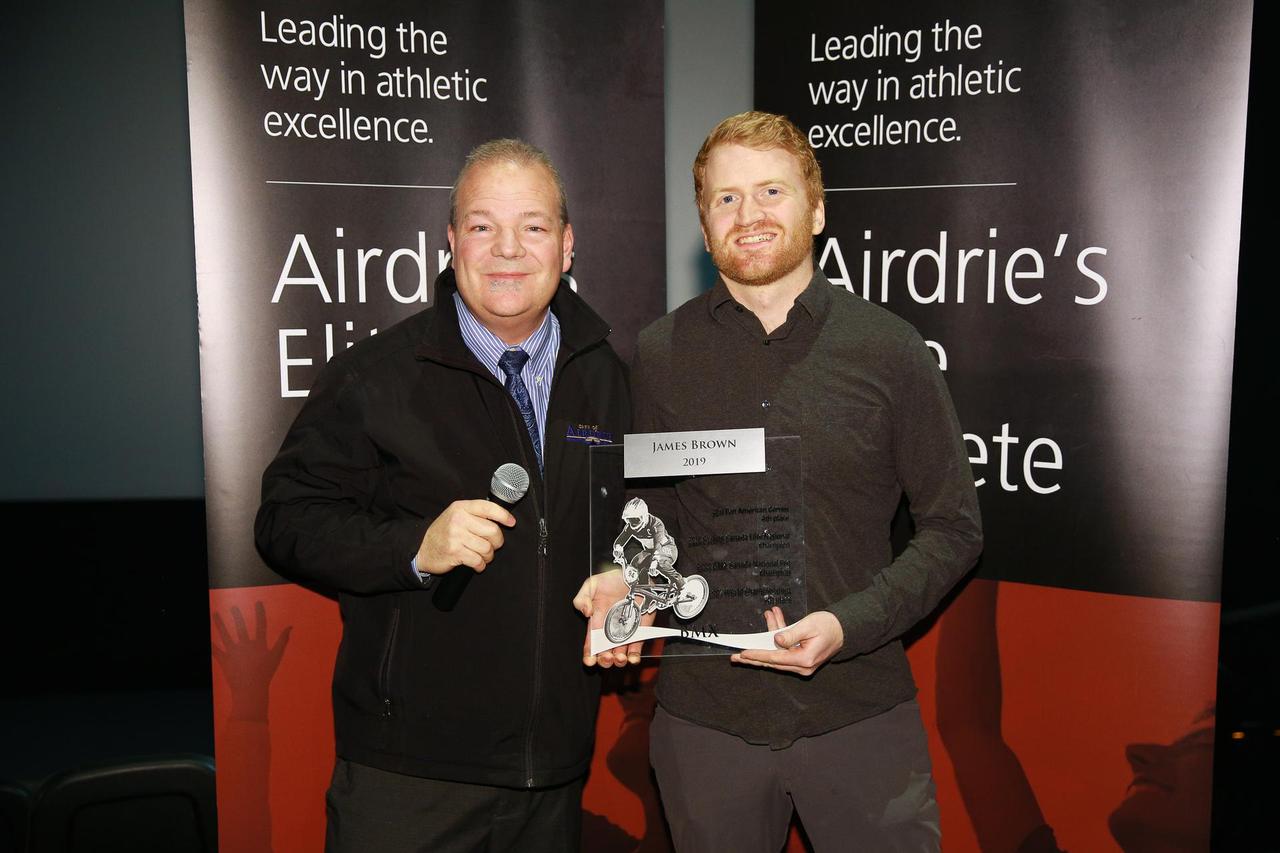 One of the recipients of Airdrie’s 2019 Elite Athlete award. James has made exceptional achievements in the BMX world. James Brown was the 2010 Cycling Canada Elite National Champion, and in 2009 was the BMX Canada National #1 Pro. 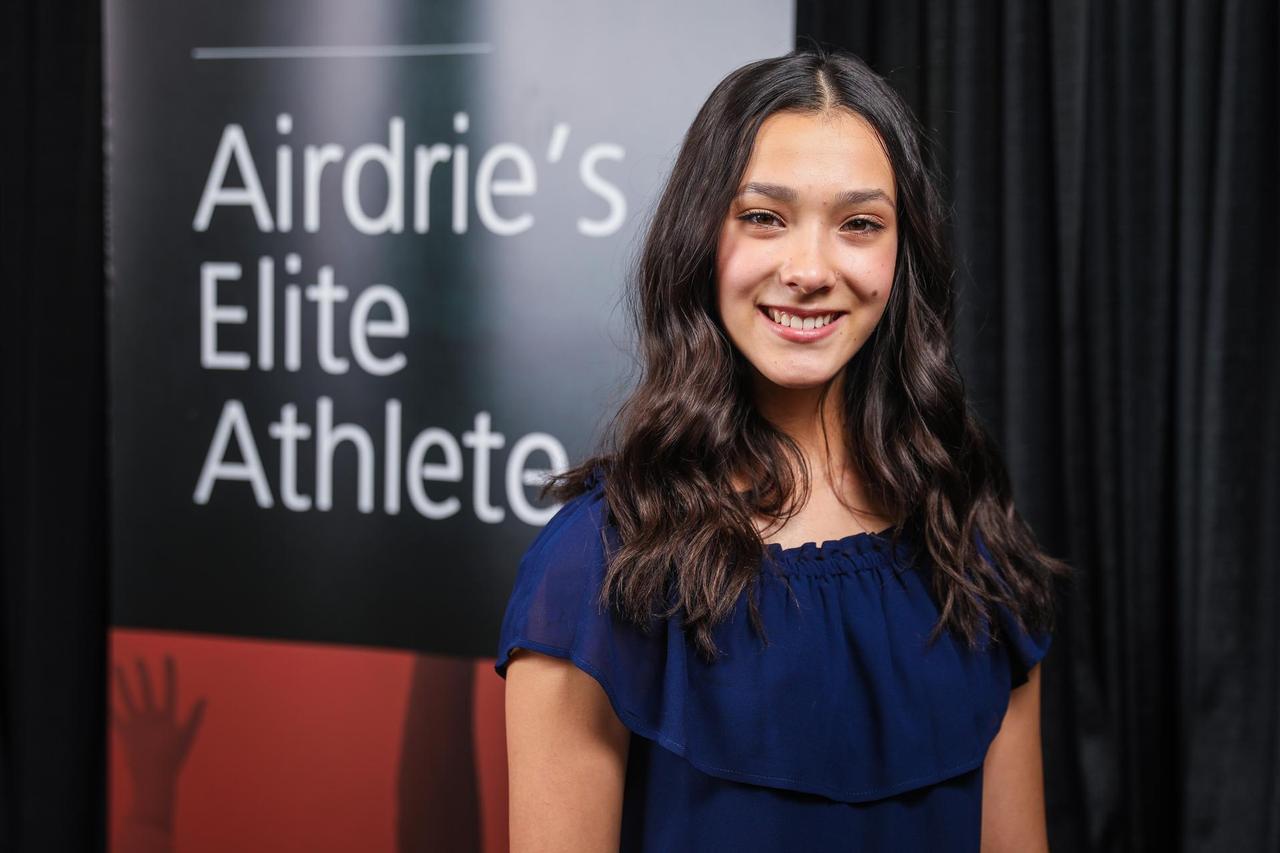 At a very young age, Piper was constantly moving, skipping, jumping and tapping her feet. Seeing this energy in her daughter, Piper's mother signed her up for dance lessons. It didn't take long for the sport to become her passion, and although performing on stage was frightening at first, it is now Piper's favourite place to be. In 2016, Piper began ballet at YYC Dance Project and experienced immediate success, placing first in her competition for her classical variation. Recently, she competed in her first international competition, placing in the top 12 for her contemporary solo at the Youth American Grand Prix in Las Vegas. Piper doesn't plan on stopping anytime soon as she says she falls more in love with ballet at each practice and feels blessed every time she gets up on stage. 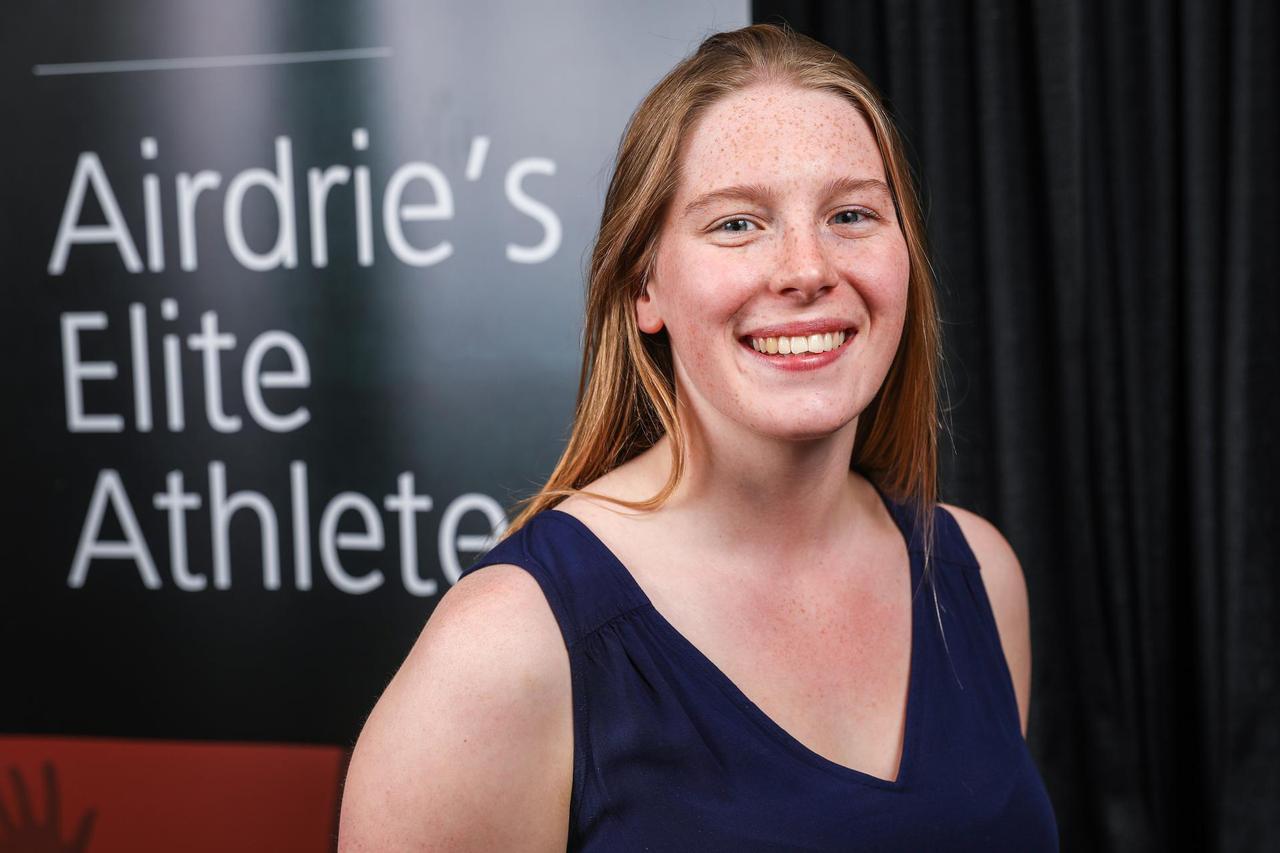 At the age of six, Danica's family moved from Nova Scotia to Trinidad and Tobago - the start of big things for Danica's future in swimming. When they first arrived, Danica's parents signed her up for swimming lessons. Unbeknownst to them, they had signed her up for competitive swimming, something that may have intimidated a six year old. For Danica however, it sparked a passion for the sport. Danica and her family relocated to Airdrie when she was nine. In a short amount of time, Danica had already gone on to compete at many provincial and national competitions. In 2015, she broke the 15-17 Alberta provincial record in the 4 x 100 medley relay, which still stands today. She is currently a member of the University of Calgary Dino's Swim Team, specializing in the 100m and 200m breaststroke. 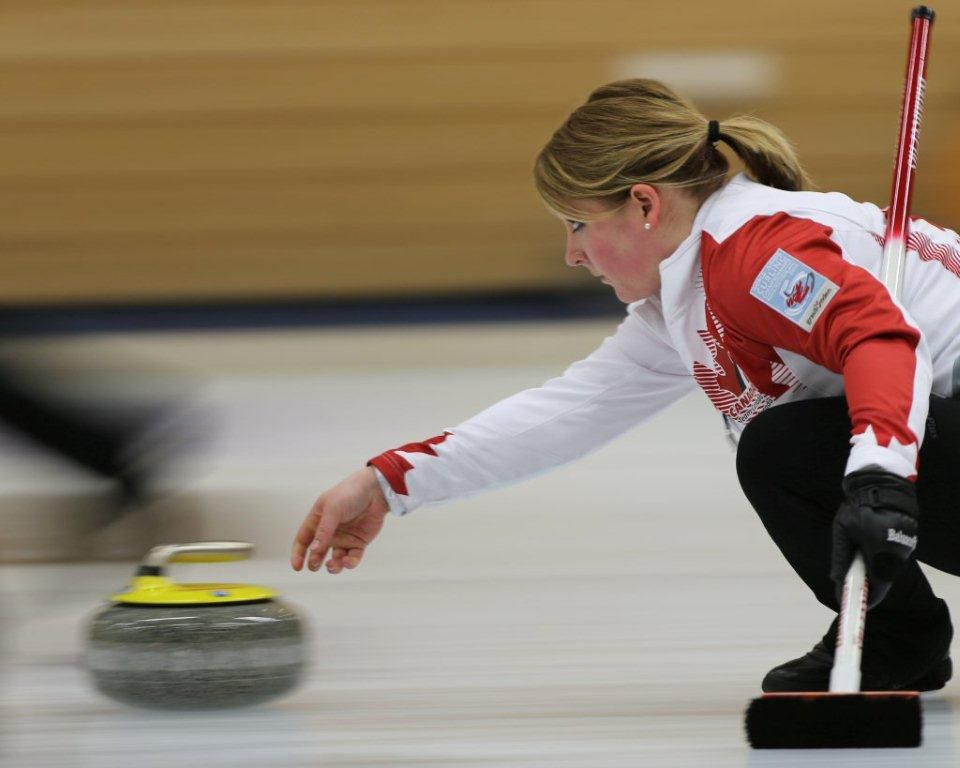 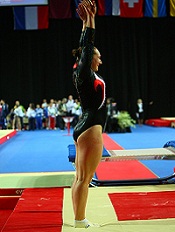 Janelle Desmarais-Moen's athletic career in the sport of Trampoline and Tumbling has seen her compete as part of the Airdrie Edge Gymnastics Club team, as well as having placed on Team Alberta and Team Canada. As an athlete Janelle is not only talented, but she is also hard-working, dedicated and enthusiastic. Not only is Janelle a skilled athlete in her sport, she is giving back to the community as a coach of Provincial level athletes. These young athletes definitely see Janelle as a role model and positive mentor. 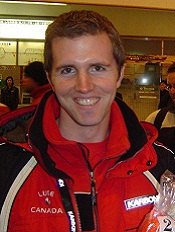 Eric has always shown a high level of moral and work ethics. Always competing fairly against very aggressive opponents, Eric has been a modest winner and gracious in defeat. His regime of training over the years in the luge program has demonstrated his determination and self-motivation, allowing him to lead by example to his peers and younger athletes. Eric holds the Canadian speed record for the luge track at COP and has the best ever finish for a Canadian luger at the Olympics where he placed 5th in 202 at Salt Lake City. 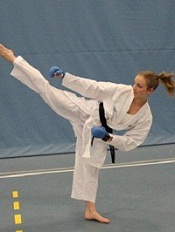 Emily is dedicated, hardworking and most of all kind and friendly to all of her fellow athletes. She carries herself with pride and shows un-equaled sportsmanship in everything she does. Her efforts and talents have taken her to the pinnacle of Canadian Karate, medalling at the last four National Events. Emily took silver at the Canadian National Championships and was named to the Canadian National team in 2012 and represented Canada at the US Open Championship were she took the bronze. 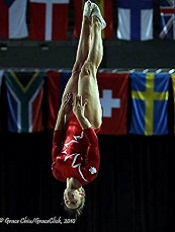 Corissa has consistently been one of the hardest working athletes in any of the trampoline disciplines. Her commitment to perfecting her performance led her to make significant personal sacrifices, as all of her energy and efforts went toward competition preparation. In 2010 she was crowned World Champion when she won the gold medal at the Individual World Championships. Corissa has volunteered and participated in fundraising at the Airdrie Gymnastics Club. 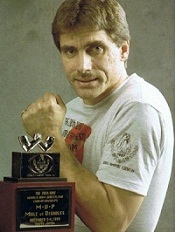 Darrell is a man of strong values and determination. He has competed in his chosen sport of arm wrestling for over 24 years and has won many National and World titles. During this time he has promoted the City of Airdrie as an excellent venue to host arm wrestling events. Darrell is a huge supporter of volunteering for community organizations and events. He also serves as a member of Airdrie City Council.